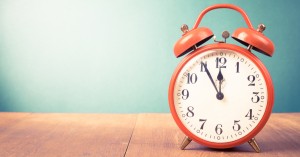 An interesting argument on the timeliness of filing a patent infringement lawsuit was considered by Judge Gilstrap recently. In Seagen v. Daiichi Sankyo (2:20-cv-337-JRG) the defendant filed a motion to dismiss arguing that the lawsuit was filed prematurely, which would deprive the Court of subject-matter jurisdiction. In a patent case, until the patent-in-suit issues the Court does not have jurisdiction, even if the patent later issues. In this case, the patent-in-suit was issued from the U.S. Patent and Trade Office on October 20, 2020. Plaintiff filed its lawsuit in the Eastern District of Texas at 12:02 a.m. Eastern Time on October 20, which is 11:02 p.m. Central Time on October 19, 2020. Of course, EDTX is located in the Central Time zone. Relying on the Uniform Time Act (“UTA”), 15 U.S.C. §§ 260-267, which is the enabling statute for time zones, Defendant argued that plaintiff did not have the right to assert its patent in EDTX until the start of October 20, 2020 in the Central Time zone. The Court analyzed the UTA and determined that patent terms begins when the patent issues and that a patentee did not have to wait to file suit until midnight on the issue date in a court’s local time zone. Therefore, the infringement lawsuit filed by Seagen was timely and the Court denied the motion to dismiss for lack of subject-matter jurisdiction. A copy of the Memorandum Opinion and Order can be found here.